Most expensive weather disasters in 2019 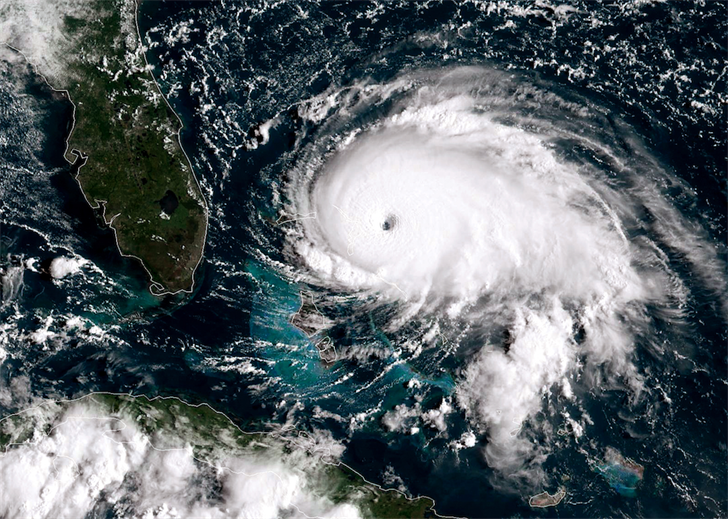 Most expensive weather disasters in 2019

In 2019, tornadoes, hurricanes, tropical storms, floods, and other natural disasters have reached unprecedented levels of strength. It's not just bad luck—many of the disasters are connected, spurred on by the growing effects of climate change.

Though it's impossible to link 2019's epic storms directly to climate change, climate change "makes heatwaves hotter, hurricanes stronger, and forests more flammable." The world saw that play out this year. 2019 has been the second-hottest year on record, following the wettest 12-month period in U.S. history, which ended in May. The rain and snow that resulted from that period, however, set off a chain reaction of natural disasters from mudslides to flooding.

And the stronger a storm is, the more damage it inflicts—and the more it costs to repair the damage. The ripple effects these phenomena have created are still ongoing with many across the U.S. feeling the reverberations in infrastructure, economy, and public health. Some—especially U.S. farmers—feel unprepared for the increasingly bad weather that may be on the horizon.

To determine the most expensive weather disasters in 2019, Stacker consulted the National Oceanic and Atmospheric Administration's Billion-Dollar Weather and Climate Disasters database. Here, disasters include drought, flooding, freeze, severe storms, tropical cyclones, wildfires, and winter storms. Although all 10 disasters listed cost more than $1 billion in damages, total estimates for some disasters are incomplete given the comprehensive nature of collecting damage data.

Read on to find out what some of the most expensive weather disasters in 2019 were, and how many across the U.S. are trying to pick themselves back up in the aftermath.

You may also like: Natural disasters linked to climate change

Widespread tornadoes and heavy rain ripped across the country, a domino effect of storms that traveled from the South to the Ohio Valley, and up through the Northeast, triggering wind damage and flooding in its wake. The severe weather appeared to result from heavy rain during the preceding months: Many Southern states had already recorded record-breaking rainfall during the previous autumn and winter.

[Pictured: Tennessee River at Chickamauga Dam near flood stage on Feb. 24, 2019, after weeks of rain in the region.]

Heavy rainfall in the Midwest last spring led to unprecedented floods in Nebraska, Iowa, Missouri, South Dakota, Minnesota, North Dakota, Wisconsin, and Michigan, causing monumental damage to homes and infrastructure. So devastating was the flooding that Nebraska Gov. Pete Ricketts called it the "most extensive damage our state has ever experienced."

[Pictured: Floodwater surrounds a farm on March 22, 2019, near Craig, Missouri.]

Pea- to golf-ball-sized hail rained down on Dallas last March, wrecking homes, cars, and various other buildings and properties, with effects felt in Oklahoma as well. According to the National Weather Service, the largest hailstone recorded was 2.75 inches—roughly the size of a baseball.

[Pictured: An unexpected hail storm in Denver on June 1, 2019, floods the streets with hail and water.]

Over just 40 hours, from April 1315, at least 75 tornadoes tore through Mississippi, Alabama, and several other states from Georgia to Pennsylvania. The storms uprooted nearly everything in their paths, including silos, mobile homes, and trees.

Rockies, Midwest, and Northeast tornadoes and severe weather (May 2019)

Four straight days of storms ultimately resulted in a tornado tally of 190, wreaking havoc across Midwest and Northeastern U.S. states. Bewildered scientists explained the outbreak as a perfect storm of bad luck, with warm, wet air from the Southeast and cold air from the Rocky Mountains colliding over the Midwest.

You may also like: Dramatic satellite observations that show the true scale of Arctic change

South and Southeast severe weather (May 2019)

A pattern of tornadoes and hail storms plagued states from Texas to North Carolina last May, triggering flash floods as well. In the Houston area, some students found themselves stranded at school until after nightfall, unable to ride busses home through the floods.

The Arkansas River Basin sustained historic damage to homes, infrastructure, public businesses, and many other properties when swollen rivers, prolonged rainfall, and levee failure resulted in intense flooding last summer. The floods had particularly devastating effects on crops for farmers, with ripple effects on an already-struggling economy in Arkansas.

[Pictured: A view across the Arkansas River at flood stage with the Public Service Company on the opposite shore as captured on May 24, 2019.]

Damages and impact are still being assessed in the aftermath of widespread flooding that upended traffic, agriculture, and infrastructure in several states in the southern Plains and along the Mississippi River. The floods turned out to result from rains in the first half of the year which caused some of the wettest January-June periods many of the affected states had ever seen.

[Pictured: A temporary floodwall along Highway 100 holds back floodwater from the Mississippi River in the historic downtown area on May 31, 2019, in Alton, Illinois.]

Category 1 Hurricane Dorian intensified to a Category 5 storm, reaching wind speeds of 185 mph, as it moved from the Bahamas to offshore Florida, Georgia, and South Carolina, ultimately landing and causing massive destruction to North Carolina's Outer Banks. As of early October 2019, over 400 people remain missing in the Bahamas, where the death toll is still increasing.

[Pictured: Strong gusts of wind and bands of heavy rain cover a walkway at the Jensen Beach Causeway Park in Jensen Beach, Florida, on Sept. 3, 2019.]

Tropical Storm Imelda poured 36 inches of rain on Texas over three days this past September, with the largest rainfall on record reaching 43 inches at North Fork Taylors Bayou. The storm's quick, intense presence was to blame for the level of damage it inflicted: Tropical Storm Imelda is now in a four-way tie for the shortest-lived tropical storm.