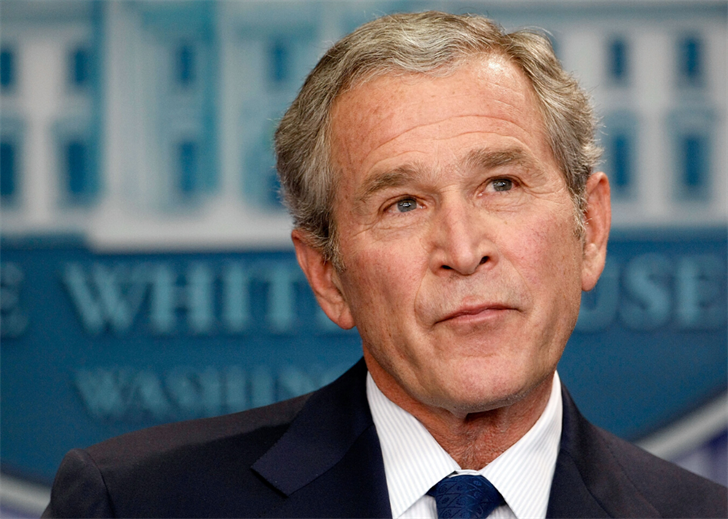 Presidents loom large in the American consciousness. Elections occur once every four years, and campaigning begins well in advance. Advertisements pepper radio and television waves, headlines are full of reports from the campaign trail, and the internet is full of ads and opinions on each candidate. Once a candidate has actually been sworn in, their decisions impact many facets of American life, making it almost impossible for Americans not to have a relatively high level of awareness of, at the very least, their president’s first name.

So when it comes time for parents to name their children, it is no surprise that some turn to presidential names, perhaps hoping their children will grow up to occupy stations of similar prestige and import to their predecessors.

But not all presidential names are valued equally. Stacker used the Social Security Administration’s Baby Names database to rank the 31 first names of U.S. presidents by their popularity in 2018 and found that the reputation of the president with the same name did not always correspond to how popular the name is today. For example, none of the presidents with the most popular presidential name—William—are remembered as particularly excellent presidents but still come out far ahead in name rankings than presidents with more aspirational legacies, such as Abraham Lincoln.

One factor is that other famous Americans share the same name as these ex-presidents. To wit, Warren Harding is hardly remembered as America’s best president, but Warren Buffett is a widely respected investor, and one of the richest people in the world. Other names simply fall out of fashion, as with Millard, the least popular presidential name.

Click through for a look at the most popular presidential names parents give their children today.

You may also like: Most popular baby names shared by Oscar winners

With a name the New York Times calls “vaguely ridiculous,” it’s no surprise Millard Fillmore’s first name is the least popular of the presidential names. The 13th president’s recent biographer suggested the name could rhyme with “dullard.”

Perhaps one reason Rutherford isn’t one of the more popular presidential names today has to do with the 19th president’s tenure. Rutherford B. Hayes ran on a platform promising to serve only one term, during which he managed to antagonize those who had helped put him in office.

The most recent occupant of the Oval Office before the current one, Barack Obama was a popular if divisive president. Although his name is not the most popular in the United States, more parents than ever have chosen to name their children Barack in recent years.

Although Bill sounds like a common name, it is one of the less popular presidential names. One reason may be that many parents, like Bill Clinton’s parents, may name their children William, and only nickname them Bill.

You may also like: Resilient photos of cities that recovered from war

Herbert Hoover’s reputation may make parents more hesitant to name their children after him. Hoover was widely blamed for the Great Depression in its aftermath, although in recent decades his reputation has bounced back.

Woodrow isn’t the most popular of presidential names, but this isn’t for lack of admiration for the former President Woodrow Wilson. Wilson is widely seen as one of the most admired American presidents, steering the country ably and admirably through World War I.

The National Constitution Center called Former President Chester Arthur “one of the more obscure leaders in American history,” so it may come as no surprise that his name isn’t wildly popular for parents looking to name babies after famous leaders. One reason Arthur may not be in such fuzzy focus? He was never meant to be president, assuming the office only after the assassination of James Garfield.

Although Dwight D. Eisenhower is widely regarded for his stewardship of the country in the decade following World War II, this hasn’t always been the case. In 1962, a C-SPAN poll of prominent historians ranked him as “barely average,” although his reputation has grown steadily since, which can only be good news for future parents naming their children Dwight.

The architect of the Great Society that put in place many of the social programs Americans rely upon today, Lyndon Johnson is also remembered for further enmeshing the United States in a disastrous war in Vietnam. The popularity of his name is assisted by the fact that it can be given to men and women alike.

You may also like: Most imported endangered animals to America

The Civil War general and president Ulysses S. Grant is only one of the famous Ulysses parents may be naming their children after. The other? The title character from James Joyce’s famous experimental novel, “Ulysses,” modeled itself on another version of the name, Odysseus.

Despite the difficult circumstances of Gerald Ford’s presidency, his name retains some popularity. Ford became the president after the resignation of Richard Nixon and his vice president, Spiro Agnew, and inherited a disastrous economy and fallout from over a decade of war in Vietnam.

Jimmy Carter is remembered today for struggling to respond to many of the crisis moments in his presidency, including ones related to oil and energy and another involving hostages in Iran. Nevertheless, parents continue to name their children Jimmy—although not as many as those who choose to name their children James, from which the nickname Jimmy is often derived.

Parents looking to name their children after Harry Truman may be interested to know that Truman himself was named for someone. Truman’s uncle, Harrison S. Young, was the basis of his first name, though his middle initial origins are up for debate.

The current occupant of the Oval Office has been one of the most polarizing presidents in modern history. Although his first name is moderately popular, it seems likely that many of these parents who name their children Donald may be among the president’s Republican supporters.

You may also like: Iconic products released the year you were born

Remembered for his sunny optimism that “It’s morning again in America,” Reagan’s first name is somewhat popular with parents looking to name their children after American presidents. One nickname option for Ronald? Ronnie, which is what the former president’s wife Nancy called him.

When parents think about naming their children Franklin after a former president, they are more likely thinking about Franklin D. Roosevelt than Franklin Pierce. Roosevelt is widely considered one of the greatest American presidents, steering the United States out of the Great Depression and World War II.

One of President Warren Harding’s most enduring legacies is the criminality of his cabinet, and the fact that he died of a heart attack in office. Another Warren parents may be naming their children after? Warren Buffett, one of the richest people in the world.

Parents who hope their children follow in the presidential footsteps that came before them may consider naming their children Martin. Martin Van Buren is best remembered for being one of the most gifted politicians of his era, garnering the nickname the “Red Fox” for his political skill.

Richard Nixon’s somewhat tattered reputation hasn’t stopped many parents from naming their children Richard. Although Nixon is also remembered for important milestones like opening the diplomatic door to China during his presidency, he is best remembered for the Watergate scandal that led to his impeachment.

You may also like: Where every U.S. president went to college

The biblical name of Abraham was also shared by one of America’s best presidents, Abraham Lincoln. Lincoln is best remembered for guiding the United States through the Civil War, and for his stirring words of hope and unity, now inscribed on the memorial bearing his name.

Although Calvin Coolidge was popular during his time as president, his reputation has not survived history in the same way. He is blamed in part for the Great Depression—a fact which has not stopped many parents from naming their children Calvin.

America’s first president, George Washington, has had two successors with the same name in the Oval Office—both Bush presidents. The name thus looms large in the American political consciousness, perhaps explaining in part why so many parents name their children George.

Although he was elected into office as a popular hero from the Mexican-American War, Zachary Taylor’s legacy was largely defined by his inability to find a solution to slavery before dying 16 months after taking office. Nevertheless, many parents continue to name their children Zachary.

Thomas Jefferson is widely remembered as one of the most interesting and multifaceted occupants of the Oval Office. In addition to serving as America’s third president, he was also a philosopher, diplomat, architect, and agrarian, meaning that parents who name their children after him might hope for a wide range of occupations and outcomes in their child’s life.

You may also like: U.S. Air Force history from the year you were born

Theodore Roosevelt was an avid outdoorsman which may contribute to making his name a popular choice for parents who appreciate nature and the environment. And just like the former president, Theodores can always shorten their names to Teddy.

Two presidents have been named Andrew, which may play a role in the name’s popularity. However, neither man has an unblemished record, with Jackson castigated for his role in the forced removal of Native Americans, and Johnson remembered for his disastrous handling of the aftermath of the Civil War.

Four American presidents have shared the name John. Several are remembered as some of America’s best presidents, which may explain why so many parents continue to name their children John, in addition to the common popularity of the given name in general.

With a namesake like former president Benjamin Harrison, it’s a marvel so many parents name their children Benjamin. Harrison is remembered by some historians, like the University of Virginia’s Allan B. Spetter, as a “human iceberg” who spent most his time in the Oval Office checked out of his responsibilities.

James is one of the most popular presidential names, and the most common name for former presidents, with five ex-presidents sharing the name. One of the more famous is James Madison, who was one of the so-called Founding Fathers of the United States.

You may also like: Most popular baby names in the 21st century

The most popular presidential name, William, has been shared by three former presidents. However, none of these presidents is ranked among America’s best, and one—William Howard Taft—may be best remembered for getting stuck in the White House bathtub.

You may also like: Could you pass the U.S. citizenship test?