The United Kingdom to Adopt Vehicle Speed Limiters in Cars 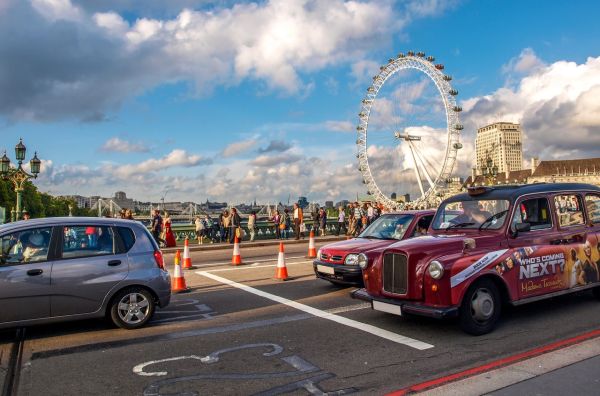 Technology concerning automobiles has changed drastically in the last few years. With companies of all kinds focused on producing automated cars, the tech of the auto industry is about to explode. One of the newest innovations in the world of automobiles

Technology concerning automobiles has changed drastically in the last few years. With companies of all kinds focused on producing automated cars, the tech of the auto industry is about to explode. One of the newest innovations in the world of automobiles is an acceleration limiter that controls the speed of the car.

This technology is set to become mandatory for all EU automobiles in 2022. New rules were agreed upon by the European Union that will mandate the technology. Though many supporters of this technology praise its safety, saying that it will save thousands of lives, some worry that big regulatory bodies like the EU are over-stepping their boundaries.

The road safety charity Brake called the vote on the regulation a “landmark day,” but not everybody is as excited. The AA said that speed can help when joining motorways. Theses safety measures that were approved by the European Commission include advanced emergency braking and lane-adjusting technology in addition to the intelligent speed assistance.

The plan could help avoid 140,000 serious injuries by the year 2038, according to the EU. It aims to cut deaths to zero by 2050, but some say this is a problem that automation would be able to solve. While road accidents are inextricably tied to living in the city, the effort is to cut them not just with the speed-limiting technology, but with tougher speeding fines and by making driver’s tests more difficult.

Elzibeta Bienkowksa, the EU Commissioner, said in a statement regarding the vote that every year there are 25,000 people lost on roads. The majority of these accidents, she said, are caused by human error. This is not incorrect, but skeptics are wondering how speed limiters will fully prevent these deaths.

Bienkowska said that the newly advance safety features will have the same impact as when safety belts were mandated. The intelligent speed assistance, or the ISA system, allows vehicles to receive information from GPS and digital maps, telling the vehicle what the speed limit is and what traffic and road conditions are like.

This can be combined with a video camera that is capable of recognizing road signs. While the ISA system can be overridden temporarily, if the car is taking on a motorway lorry, the driver can speed up to complete the maneuver. A system that is capable of being fully turned off has been talked about, but for now the ISA system will be running all the time. Not everybody is happy about this.

The experts at the site MoneyPug, which is known for their platform where you can search for car insurance, report that some insurance companies have phoned the alarm about the new speed-limiting technology, saying that they could actually cause accidents outside schools, in bad weather, and could fail to work in rural regions.

New cars in Europe will be slowed in accordance to speed limits, but this doesn’t mean that it will be perfect all of the time. One company said that it would likely related crashes, but noted that it will increase the dependence on technology and may lead to increased bad driving. Others don’t trust the technology yet, there are things that could go wrong, but it must be noted that this mandate will not begin until 2022, which provides time for companies to perfect the technology.

When Exactly will ISA be Available?

Ford, Renault, Volvo, and others have already models with a portion of the ISA technology, but there are concerns whether or not it is sufficiently advanced for the system to work perfectly and keep people as safe as possible. Skeptics say that many cars already have forward-facing camera, but there are big questions about whether the sign-recognition technology has been figured out enough to trust it in every single car across the EU. There are other safety features that European vehicles will also have in the near future, including a warning of driver drowsiness and distraction.

While it is all well and good to make the road safer, critics of the measure have suggested that we cannot control everything. Only time will tell if our willingness to dictate the roads will make a utopia or if it will cause more problems than we need.