The Trade No One Saw Coming 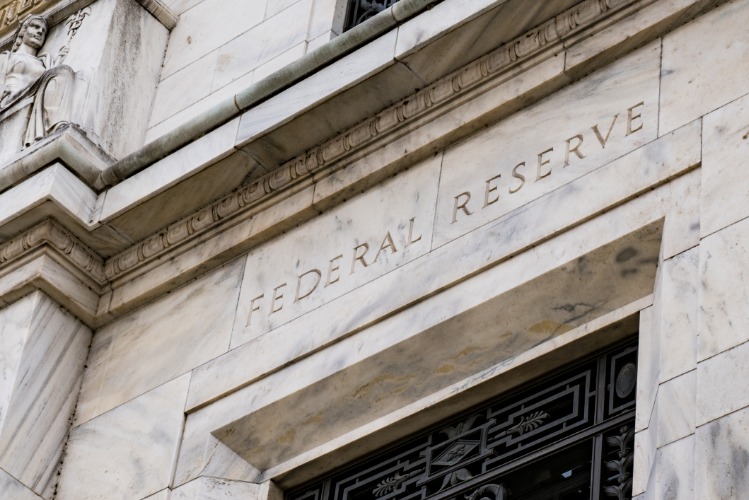 The amount of discussion I am seeing on television, as well as in print, regarding what the Fed is going to do just amazes me. Are people this oblivious to the realities around them?

I really have a hard time understanding this. So, maybe you good people can help me. The Fed was clearly going to continue raising rates this past winter. No one even questioned that. Well, almost no one (smile). (In addition to yours truly, I have to also give credit to another analyst at FATrader.com, Eric Basmajian, who also saw this coming well before it happened). Then, to almost everyone’s surprise, market rates started plummeting.

To illustrate how surprised the market was by this rally in bonds, one of my members posted something cited in the WSJ in our trading room at Elliottwavetrader.net:

Yup. This rally in bonds has certainly taken everyone by surprise.

Now, people are debating whether the Fed is going to lower rates? Am I missing something here?

I am not sure who is living in the alternative universe the Fed, or those who are questioning if they are going to lower rates? Of course, they are going to lower rates and should have done so well before today. The Fed follows the market and has no choice but to follow the market. The market decided this answer many months ago. The debate is over, and anything further is simply a waste of time. Again, the market has already made the decision.

But, this move in bonds was telegraphed by the market back in October of 2018. And, we highlighted this to our subscribers. See the set-up we saw on the TLT chart.

For those that followed our work over the years, you would know that we called for a top to the bond market on June 27, 2016, with the market striking its multi-year highs within a week of our call. Since that call, the iShares 20+ Year Treasury Bond ETF dropped 22%, until we saw the bottoming structure develop in late 2018.

So, in early November of 2018, I noted to my subscribers that I was going long TLT just as it broke below the 113 level. At the time, many were telling me that I was crazy to go long bonds, as the Fed was still raising rates. The main reason many thought I was crazy was that “you cannot fight the Fed.”

Well, in my case, I recognized that the Fed cannot fight the market. And, the market was suggesting to me that it was bottoming out and about to turn up quite strongly. In fact, back in the fall of 2018, we set our ideal target for this rally at the 135/136 region. Since that time, TLT has moved from just below 113, when we went long, to as high as 132.58. And, we are approaching our ideal target set out in the fall of 2018.

Moreover, I told you some time ago that the Fed will have no choice but to lower rates, and follow the market's lead, as they always do:

As far as my expectations, I still think TLT will rally up to at least 131, with a strong potential to see the 135/36 region on the next rally. . . What this means is that the Fed will not only stop talking about raising rates, but you will start hearing discussions about them lowering rates. You see, the Fed follows the market. And, right now, the market is signaling that rates still have lower to go. So, the Fed will have to follow suit.

So, my current prediction is that the Fed is caught between a rock and hard place, and they are behind the curve. Rates will likely still drop in 2019, and the Fed will have to follow the market, and lower rates before the year is out.

I said this back in May. And, since that time, TLT has not only struck our minimum target, it hit a high of 132.58, and I still think we have higher to go. Yet, people are still debating whether the Fed will lower rates? Are we still going to debate about whether the world is flat too?

Avi Gilburt is a widely followed Elliott Wave analyst and founder of ElliottWaveTrader.net, a live trading room featuring his analysis on the S&P 500, precious metals, oil & USD, plus a team of analysts covering a range of other markets. He recently founded FATRADER.com, a live forum featuring some of the top fundamental analysts online today to showcase research and elevate discussion for traders & investors interested in fundamental rather than technical analysis.