What A Fine Mess We Have Gotten Ourselves Into 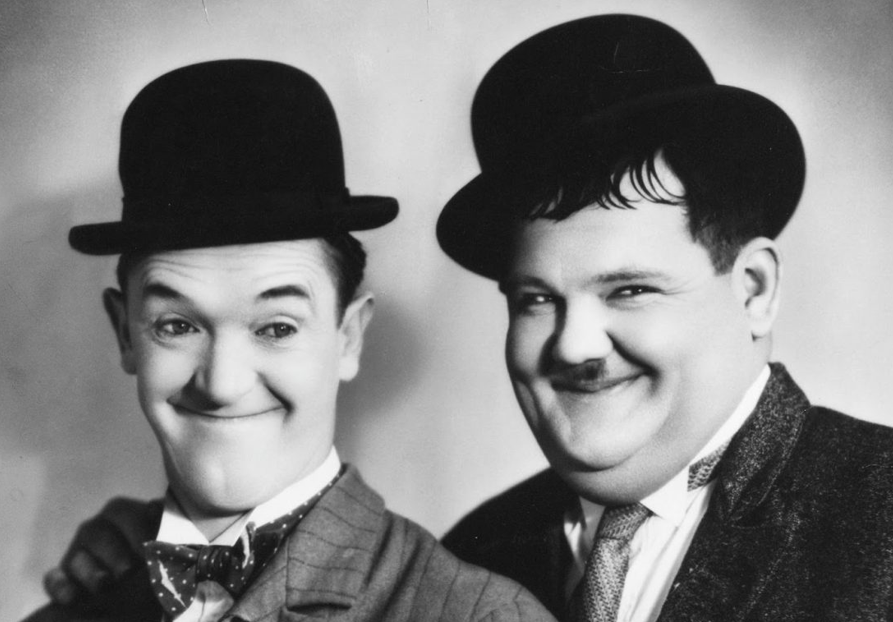 While some of you may be too young to know who Stan Laurel and Oliver Hardy are, they were a comedy team from the late 1920s until the 1940s. They appeared in 107 films, starring in 32 short silent films, 40 short sound films, and 23 full-length feature films. And, probably for many of you, they are unknown.

But, one of the most popular lines from this comedy team was when Oliver Hardy would turn to Stan Laurel and say, “Well, this is another fine mess you have gotten me into.”

With the market unable to break down below the important 2720/35 support region on the S&P 500 (SPX), I feel like turning to the market and saying the same thing. It has complicated the larger degree structure immensely.

While others may tell you that “the market is so simple right now, just buy the dip,” I am going to tell you that it is potentially lulling investors into a false sense of security.

Unfortunately, I am also going to tell you that I do not have a specific pattern to which I can now point with probabilities greater than 70%. Everything I am now tracking is likely below that level of probability. So, as I noted several weeks ago, the market has become much more complex due to its inability to immediately follow through below 2720/35 SPX.

Some of you may view that as me saying that I am uncertain as to how the market will resolve over the coming week. And, you would be right. There are times the market does not give me a clear picture, and I have to present my analysis in the most truthful way I can. Yet, I will also note that out of the patterns I am following, the majority still suggest that, while we may see as much as another 100 points higher, the greater risk still remains to the downside.

If you would like much greater detail regarding those patterns I am tracking and how to resolve these issues, I have provided detailed outlines to my subscribers at ElliottWaveTrader.net and FATRADER.com. As the market progresses over the coming week, we can begin to narrow down the potentials.

So, all I can do at this time in a public article is to provide a general road map as to the potentials I see in the market. However, I want to again note that I still think the downside potential is much greater than the upside potential at this point in time. Whereas the upside potential may be as much as 100 points higher, the downside potential still remains as much as 700 points lower. The market is going to have to prove to me it has the ability to begin the run to the 3800-4100 region sooner rather than later to suggest that I must abandon my expectations for a larger decline in the coming months.

Most immediately, as long as we remain below 2910 SPX, we still have an immediate bearish set up pointing us down quite substantially. However, should the market be able to break out over 2911 SPX, then it opens the door to rally up towards the 2965-2990 SPX region in the coming weeks.

Yet, a rally up towards that region would not necessarily suggest we have moved back into a bullish trend. The market can still drop from that higher region down towards the 2200/2300 SPX region yet again. But, should we see the rally up towards that region, it could mean we may spend as long as the next 12-18 months below that region before we see the set up to take us to the 3800-4100 SPX region by 2022/23, likely pushing us towards the end of that time frame to complete this 5-wave structure off the 2009 lows.

So, if someone tells you that this market is easy right now, I can assure you that they do not have the tools or depth of understanding of the market to truly comprehend the complexities of the market as it currently presents. In fact, they were probably among those that did not foresee the 20% decline developing back in the fall of 2018 (while we warned those willing to listen).

For right now, I see 4 patterns that will take the market much lower and only one pattern that will begin that rally to 3800-4100 sooner rather than later. That is a very small hole for this market to thread a bullish needle. So, this is not as easy as many bulls will lead you to believe right now, so I suggest caution is warranted during the summer months, at least until the market clarifies its potential.

As for me, while the market continues to hover in the region in which I raised cash back in the fall of 2018 (2880 SPX) and I placed that cash in the iShares 20+ Year Treasury Bond ETF once it broke below 113, TLT has returned 17% on my money since that time, whereas the buy-and-hold group have been left hoping that the market continues higher.

For now, I am going to keep the cash I raised in the fall of 2018 in TLT until the market proves to me it has begun its rally to my long-term target of 3800-4100 SPX. While I may miss 3-4% of market upside from 2880 SPX until the market proves to me it wants to take the direct path higher, TLT has already paid me more than several multiples of what my cash would miss from a simple buy-and-hold strategy. And, I intend to stay the course in TLT for now, since I still see higher potential in TLT. A bird in the hand is worth two in the bush.

Avi Gilburt is a widely followed Elliott Wave analyst and founder of ElliottWaveTrader.net, a live trading room featuring his analysis on the S&P 500, precious metals, oil & USD, plus a team of analysts covering a range of other markets. He recently founded FATRADER.com, a live forum featuring some of the top fundamental analysts online today to showcase research and elevate discussion for traders & investors interested in fundamental rather than technical analysis.